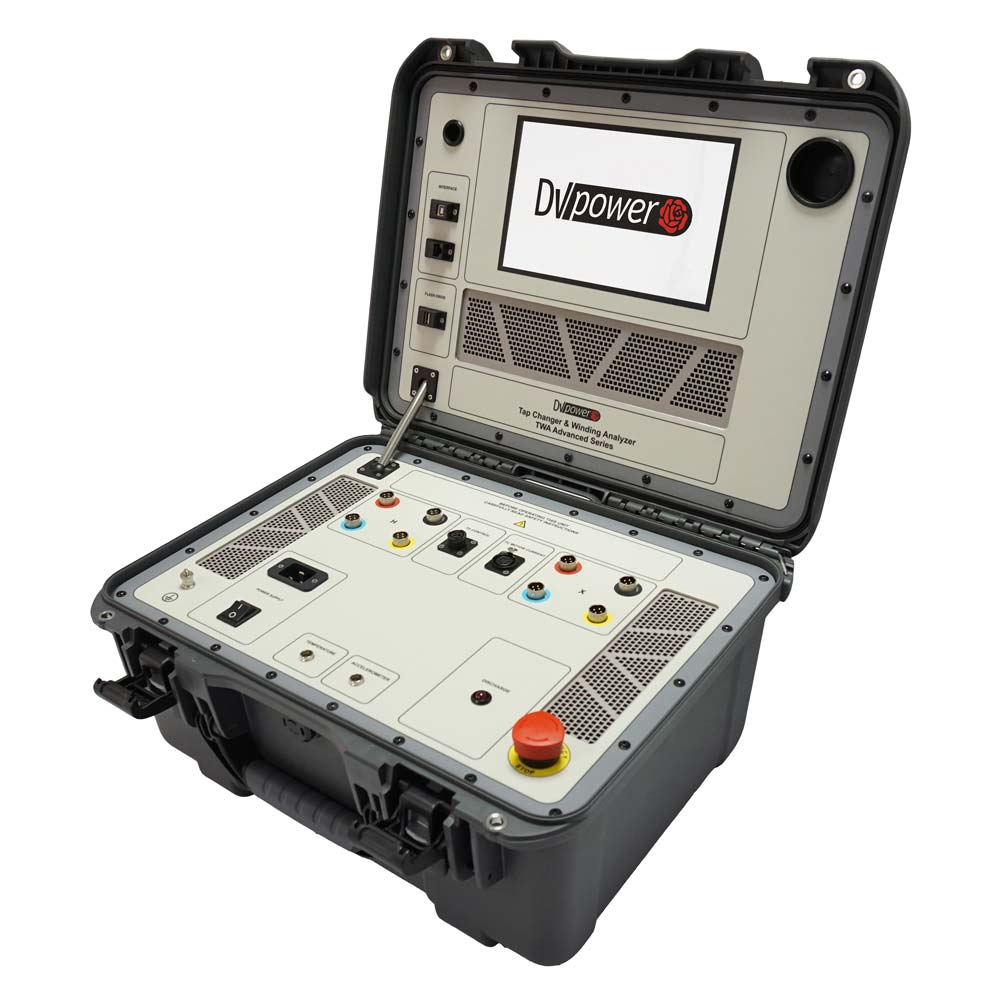 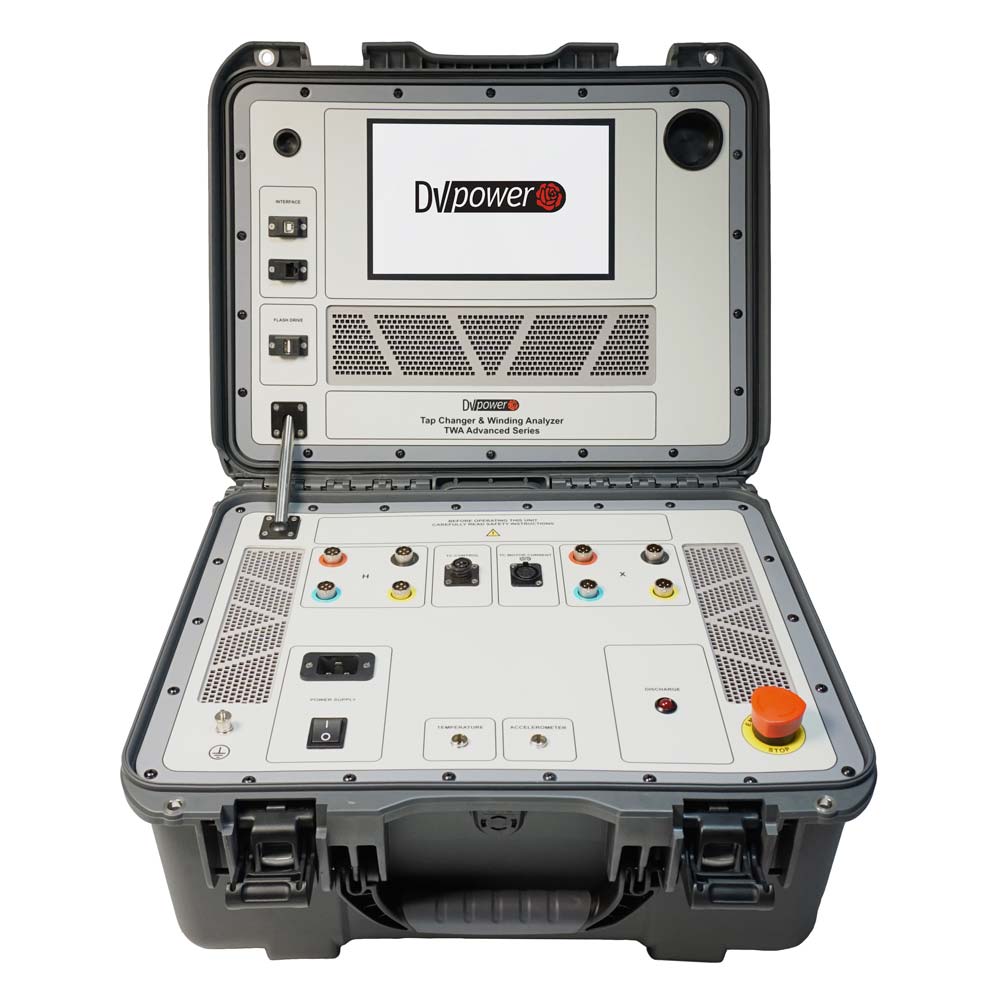 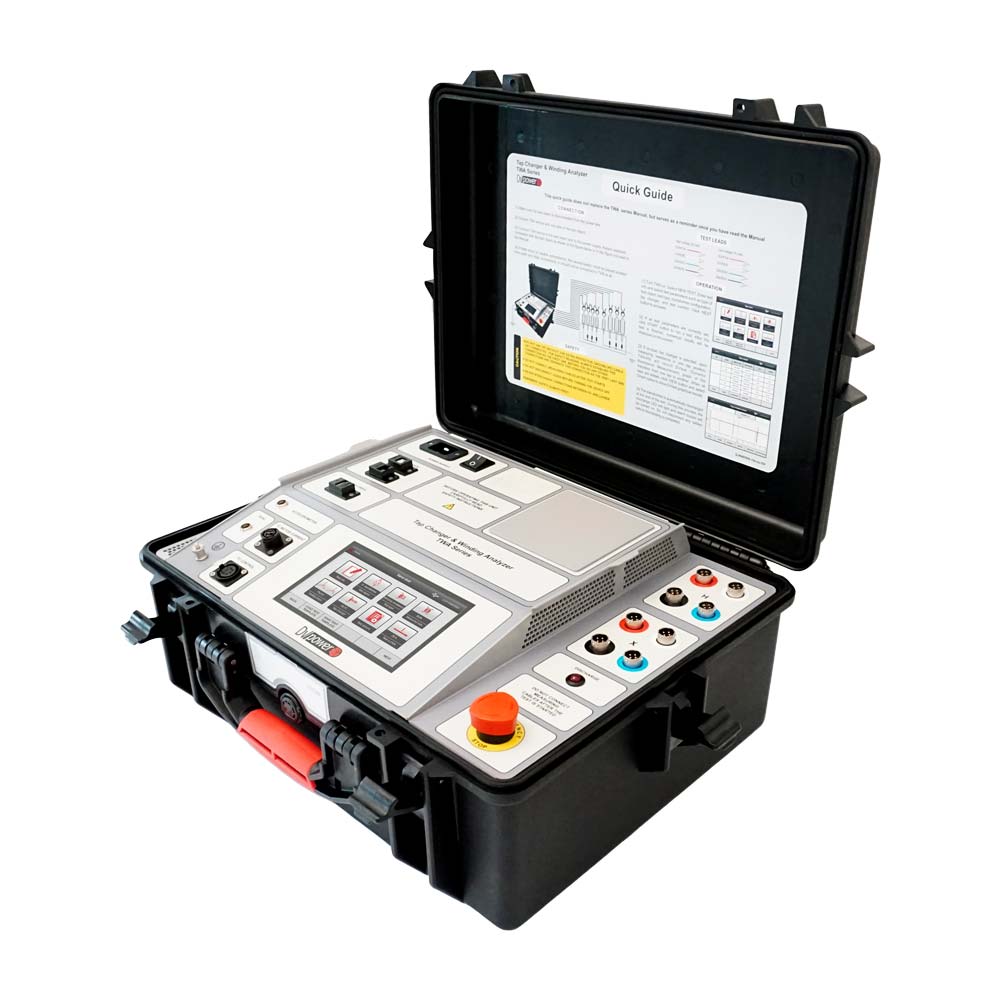 TWA Advanced series is the latest DV Power solution for three-phase transformer winding resistance measurement and tap changer analysis. They are capable of testing six transformer windings with a single cable connection, as well as three-phase automatic transformer demagnetization. It has the option of the automated test mode, where the instrument operates the tap changer without operator input (minimizing the risk of human error) and records winding resistance results based on pre-selected stabilization criteria.

The unique DVtest method of tap changer analysis enables checking the moving contacts of on-load tap changers during the transition, measuring the transition time, detecting open circuits, and many other types of faults. It is performed with 0.1 ms sampling rate, together with the measurement of tap changer motor current which detects motor and mechanical issues. A special proprietary algorithm is used for testing tap changers connected through a built-in series (booster) transformer. The DVtest can be performed either on one phase or simultaneously on three phases. It can also be performed together with the winding resistance test in all tap positions.

A unique advantage of TWA Advanced instruments is the capability of simultaneously testing the winding resistance of all three phases of a three-phase transformer connected in a YN configuration. This can significantly speed up the testing– for example, it enables the operator to perform 33 measurements instead of 99 on a tap changer with 33 tap positions.

TWA500 is equipped with a large 10.1” graphical touch-screen display, while TWA400 has a 7” graphical touch-screen display. Besides making the interface much more user-friendly compared to older winding ohmmeters, it also enables certain test options that were previously available only with DV-Win software. The most important among them are DVtest, tap changer motor current measurement, “Heat Run” test, test templates, and automatic test mode.