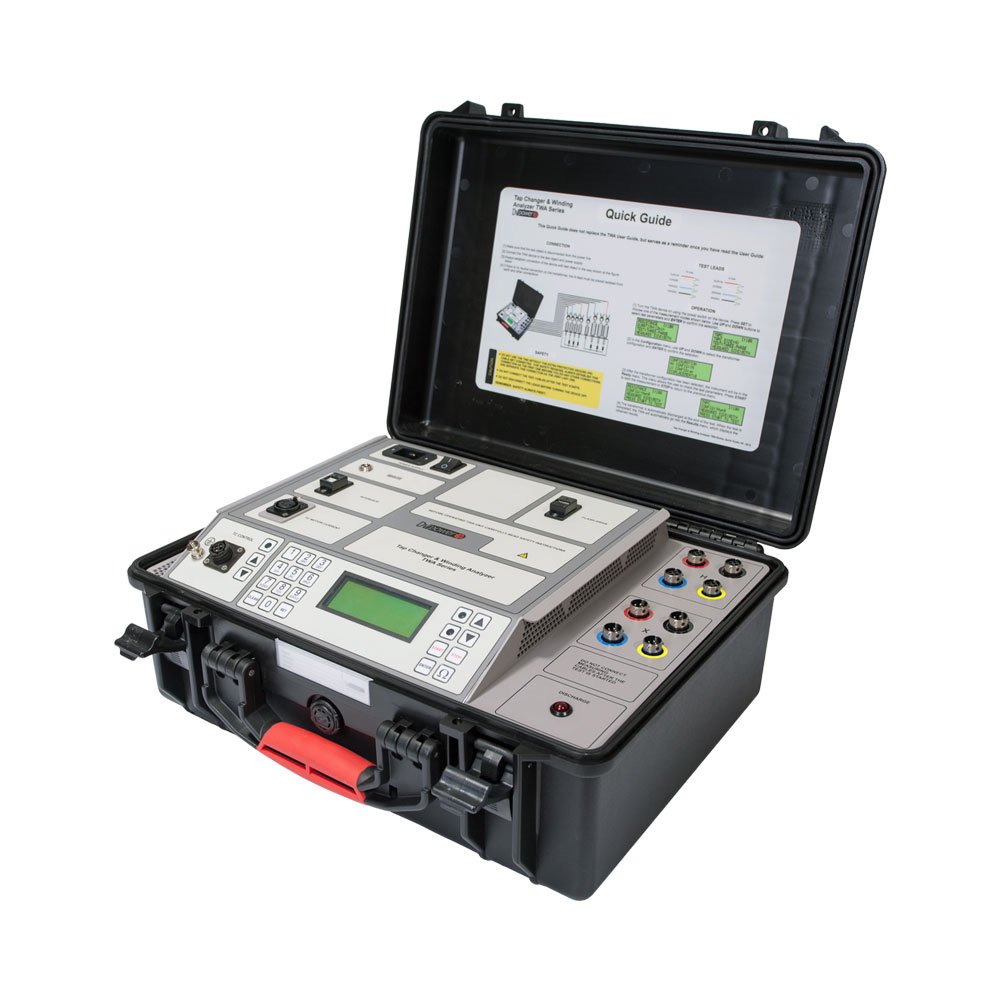 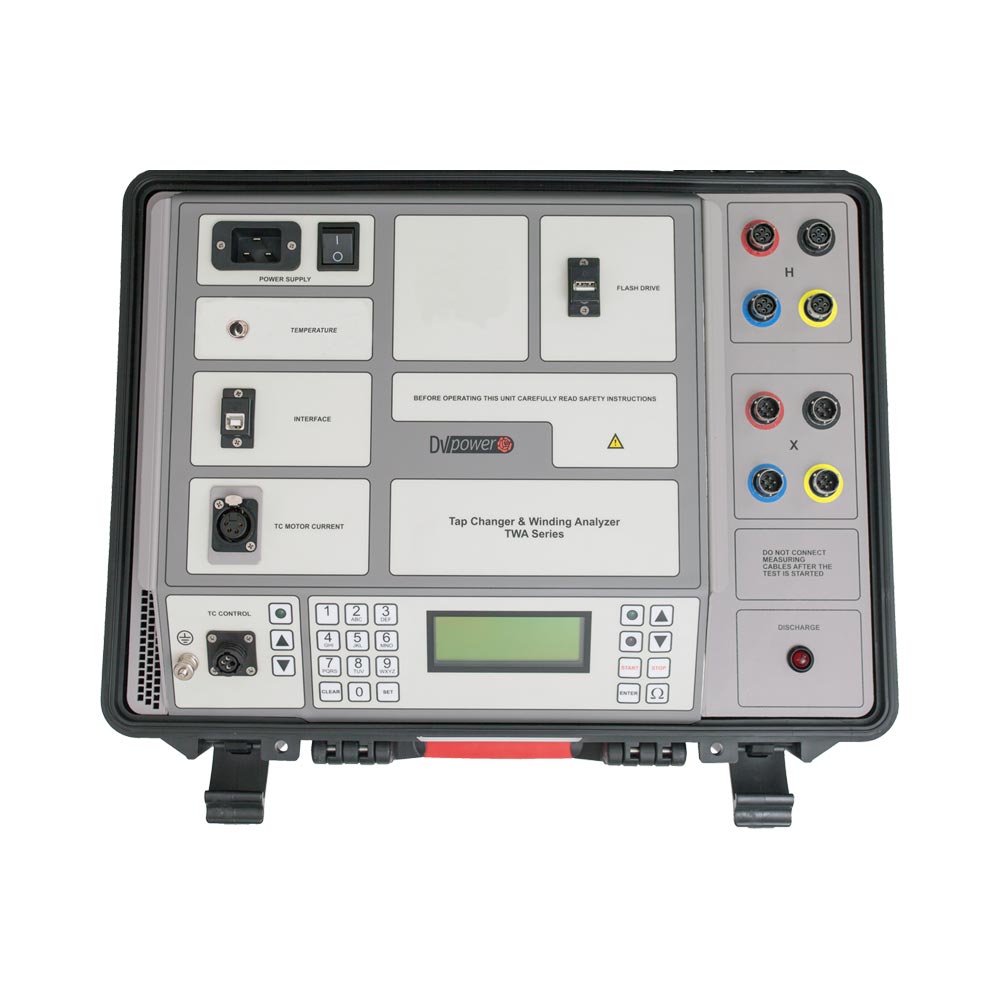 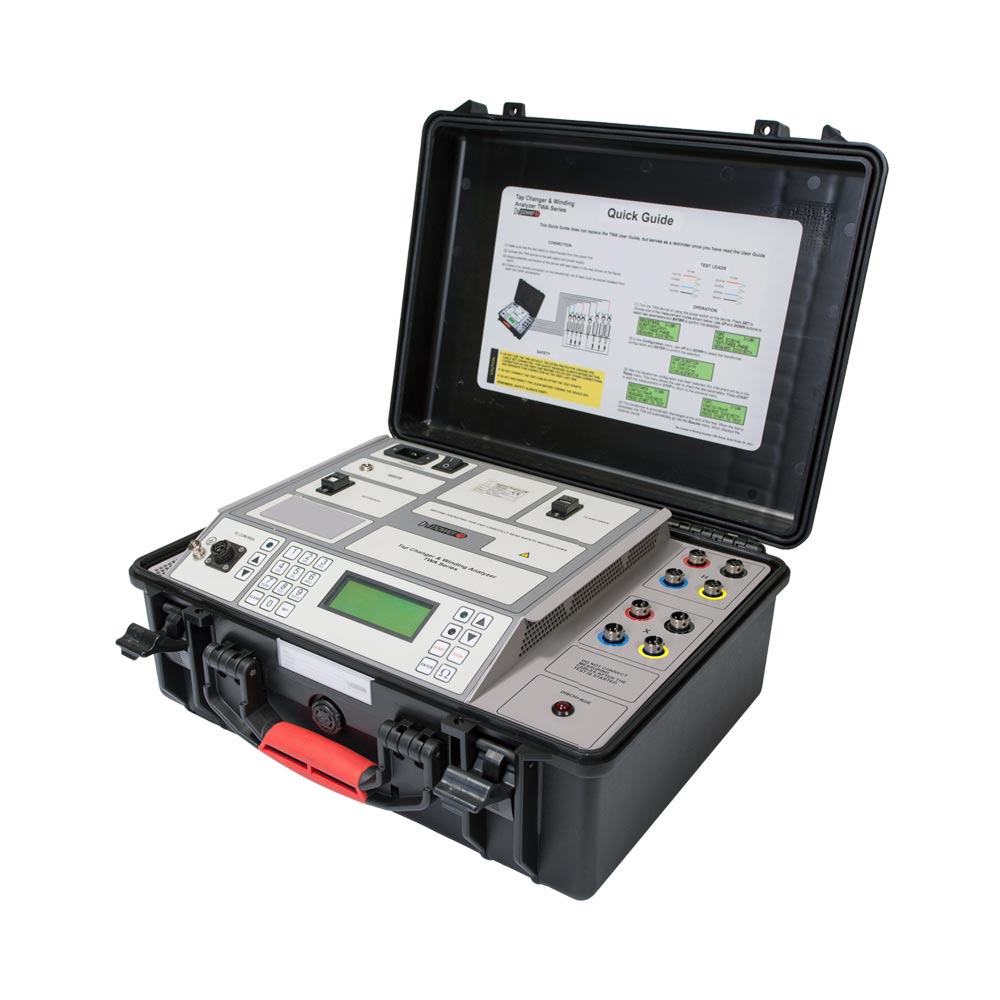 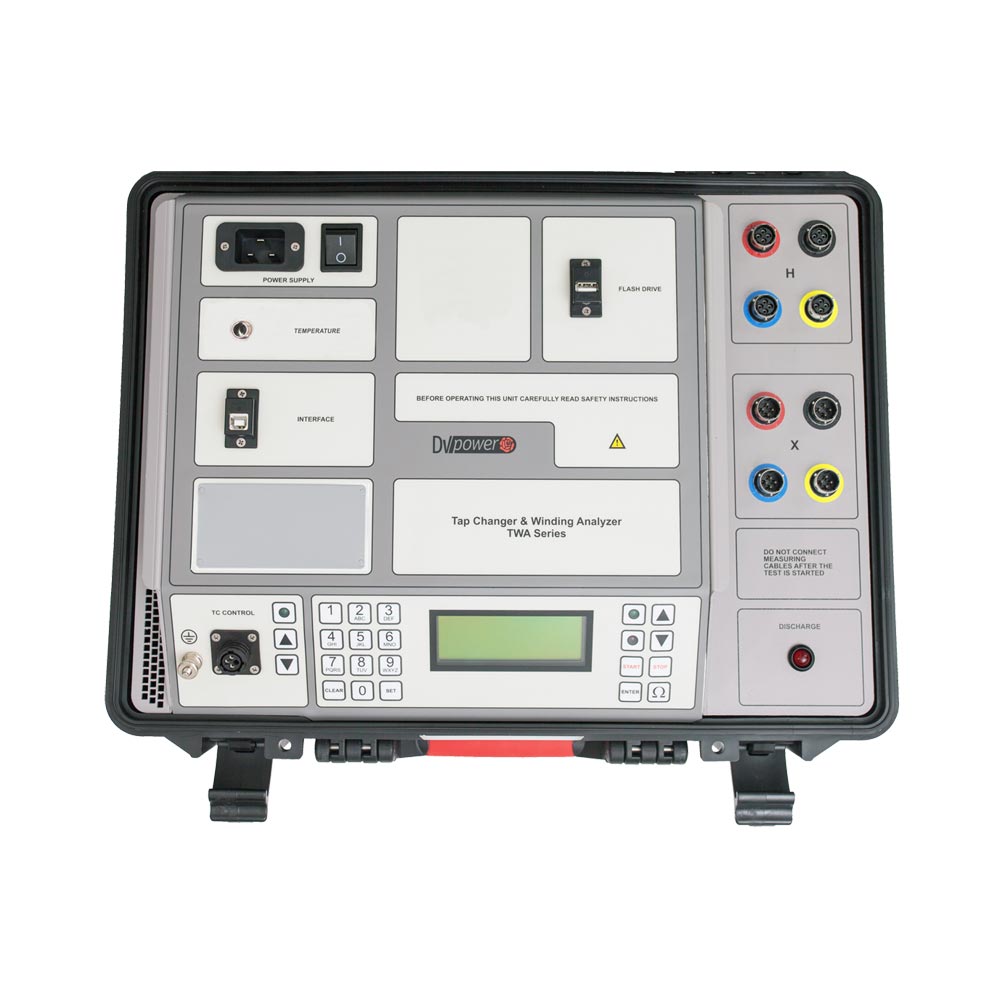 When it comes to winding resistance measurement on three-phase power transformers and autotransformers, TWA Standard series offers some of the most technically advanced instruments with LCD display in the market. Both models are capable of testing six transformer windings with a one-time cable connection, as well as three-phase automatic transformer demagnetization. The stored magnetic energy is safely automatically discharged at the end of the test. The built-in tap changer control unit enables automated test mode, where the instrument operates the tap changer without operator input and records winding resistance results based on pre-selected stabilization criteria. This option makes the operator’s job significantly easier.

Both models can output test currents from 5 mA to 25 A DC for the purpose of winding resistance measurement. TWA40D has a special test mode for checking the synchronization of on-load tap changers with three phases simultaneously tested in parallel, in which the total test current can rise to up to 40 A DC.

TWA40D has additional advantages when it comes to non-intrusive tap changer analysis. The unique DVtest method enables checking the moving contacts of on-load tap changers during the transition, measuring the transition time, detecting open circuits, and many other types of faults. It is performed with 0.1 ms sampling rate, simultaneously with the measurement of tap changer motor current which helps with the detection of motor and mechanical issues. A special proprietary algorithm is used for testing tap changers connected through a built-in series (booster) transformer. The DVtest can be performed either on one phase or on three phases simultaneously. It can also be performed as an additional test simultaneously with the winding resistance test in all tap positions.

An additional unique advantage of TWA40D is the capability of simultaneously testing the winding resistance of all three phases of a three-phase transformer (connected in a YN configuration). This can significantly shorten the total testing time – for example, it enables the operator to perform 33 measurements instead of 99 on a tap changer with 33 tap positions.

The test leads for TWA three-phase transformer winding ohmmeters are interchangeable with the TRT turns ratio testers, which means that both sets of tests can be performed with a single test lead connection to the power transformer terminals.